As you have probably figured out by now, I am a bit of a gaming fan. I am by no means an expert and there are many genres of games that I know nothing about, however, I totally understand the appeal of gaming.

I often hear (and have heard many times from my own parents) that gaming is a waste of time. That there is no “real” benefit. It’s not like a team sport where you get fit or win trophies or fame and glory, you can’t make a living playing games BLAH BLAH BLAH.

YOU CAN TOTALLY GET FIT AND WIN TROPHIES AND GET FAME AND GLORY AND EVEN MAKE A LIVING PLAYING GAMES! GET OFF MY BACK MUM!

Haha, but yelling caps aside, gaming isn’t the time waster a lot of people think it is.

Even before the advent of the internet, LAN parties, where my older brother’s friends all brought their desktop computers over to each other’s houses and connected them together to play co-operative games were a thing. I remember thinking what nerds they were but now look back nostalgically at their dedication to gaming and friendship. And apparently they are still a thing: 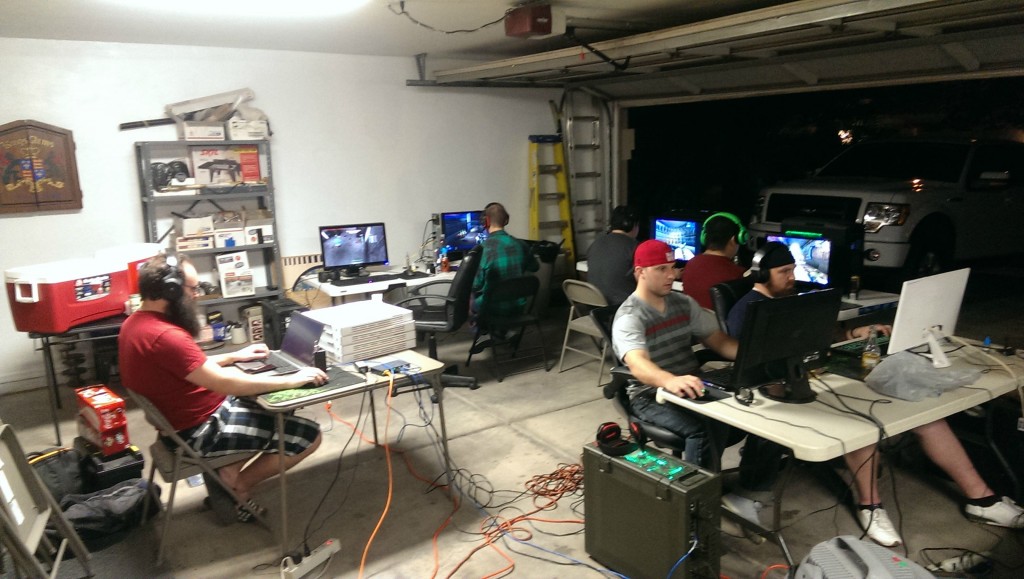 Just look at those glorious nerds. Look at them.

I know from personal experience that gaming can get you out and be more social. A few years ago when I bought my first Nintendo 3DS I joined a Facebook group called StreetPass Brisbane which organises meet ups for gamers using the 3DS to game together and collect digital puzzle pieces when their consoles came in close contact with one another. I made some awesome friends with people of all ages.

So, gaming can be like a team sport. It can be co-operative. It is goal oriented. You can win awards and get trophies. But can it get you fit? You betcha.

I for one know this to be true. Depending on the game of course.

It is becoming increasingly popular to have “augmented reality” games where the “real world” is incorporated into the game. I downloaded an app on my phone in an attempt to find motivation to run again after a pretty horrific ankle tendon injury (I ripped two tendons apart, ouch). I was getting bored of my other running apps which basically tracked your route and told you how fast you went. I was told to try out “Zombies, Run!“. It is a GREAT app.

According to Business Insider you can. Last year they compiled a list of the highest earning gamers. One gamer reportedly earned US$25 000 from one tournament. That’s some pretty serious cash. Along with sponsorship money, you could totally earn a living playing games. These professional gamers even get to play games before they are released and are employed by game maufacturers to test the games for bugs. That’s a pretty sweet deal.

So gaming is pretty great. Still don’t believe me? A humble teacher and blogger? Okay, I guess you don’t have to, but here is a great TED talk from an actual brain scientist to outline the benefits for playing video games, not just for kids but adults too.

Back in the day, when a costume was called for, it was dress-up. I went to many a dress up party. My best friend had a Disney themed 21st party where we all went as our favourite character. Back then it was called a dress up party. Now it would most likely be labelled as cosplay. 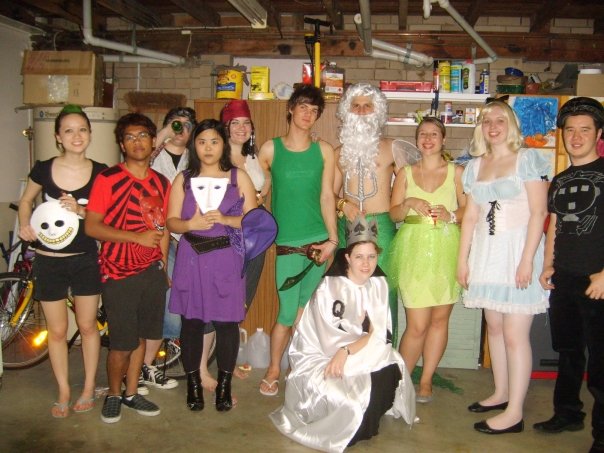 But what even is cosplay?

According to Wikipedia  and Urban Dictionary apart from being a cute portmanteau of the words “Costume” and “Play” it is actually a term coined as early as 1984 to describe dressing up and enacting a character not on stage. This means it goes much farther than just “dressing up” although common usage of the word suggests this.

In a world where once nerdish and off-centre events such as Comic-Con are now household names and even “cool”, cosplay has come to the forefront of popular culture and even entered the household vernacular.

So why am I talking about this?

I had this thought the other day at work when one of the Prep classes were having a “dress up as your favourite character” day. I politely asked the Prep teacher in the photocopy room “Why?” and the best that she could come up with was “It’s fun. And we do it every year”. Fair enough. I don’t personally think you need a reason to dress up, whether you are 5 years old or 50.

I then started thinking about cosplay. It seems to be a real and authentic experience for those that do it for Comic-Con and other similar cultural events. If you are pretending to be that character, why not turn that into a drama activity? An oral language activity? Get that reluctant talker in your class to pretend to be a Jedi master and quote lines from their favourite movie.

I have had so much success with Readers Theatre activities with my class where I have given actual scripts from movies to them (usually Harry Potter, because it’s awesome!). We will usually watch a scene from the movie, read the scene as a class and then choose characters to enact it. Why not cosplay for this as well? Get the students to dress up or cosplay as their favourite Harry Potter character and do a script reading? OMG I am totally doing this next year with my class. It is a real, assessable and authentic learning experience. Why not?!?!?!?!

So I have noticed some confusion between teachers in the staff room about current buzz terms “Gamification” and “Game centred learning”. So I thought some clarification may be in order.

In 2013 I was lucky enough to be part of a study into the use of game centred learning and gamification in my classroom. The first thing I though was “What the hell is gamification?”. Well, put simply, it is anything that turns learning into a game to engage students in learning, particularly in a competitive way. It could be a simple as a reward system using stickers when students reach a particular milestone in the activity. Conversely, game centred learning is when a game, particularly a video or computer game, is used as a stimulus for an learning activity.

When I undertook a game centered learning unit in my classroom I used a game called “Machinarium“. The idea was for students to play the game, become involved in the rich imagery and use it as a stimulus for descriptive writing. My first hurdle was introducing it to parents. It turned out to be not as hard or controversial as I thought. I was advised by my mentor to send out a note discussing the benefits and purpose with curriculum links. I encouraged parents to see me if they had any concerns. On the whole I got more curiosity from them than anything. A few even asked for download links so they could check it out themselves at home.

Probably one of the best lead-in exercises I did with my class was a “see think wonder”. The students wrote what they saw, what that made them think and also what that made them wonder about from only the opening sequence of the game. The descriptive language they used was rich and vast. We used this to write descriptive paragraphs and the outcome far exceeded my expectations. The kids were completely engaged because it “didn’t feel like work”. 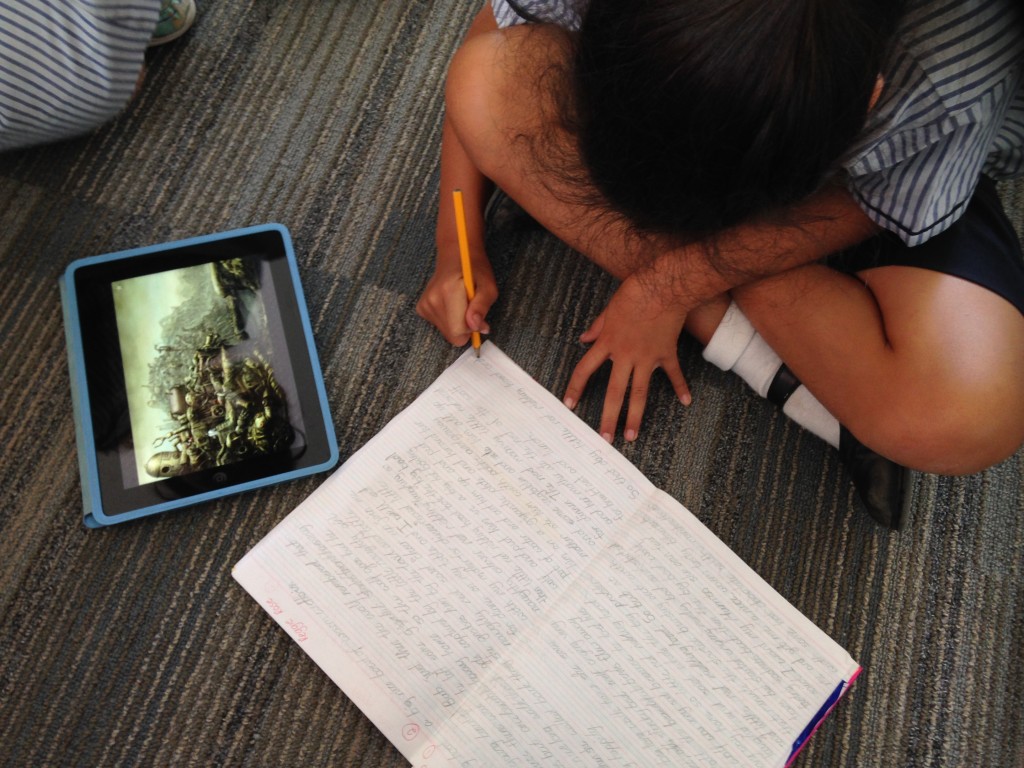 By the end of the unit, I had a class set of 3-4 page narratives with the most descriptive language I have ever seen from 9/10 year olds. And this is only the very tip of the iceberg with what you could possibly achieve with game-centred learning. If you have any other ideas, please feel free to drop them into the comment box below!